MORINGA’S BENEFITS FOR YOUR HEALTH 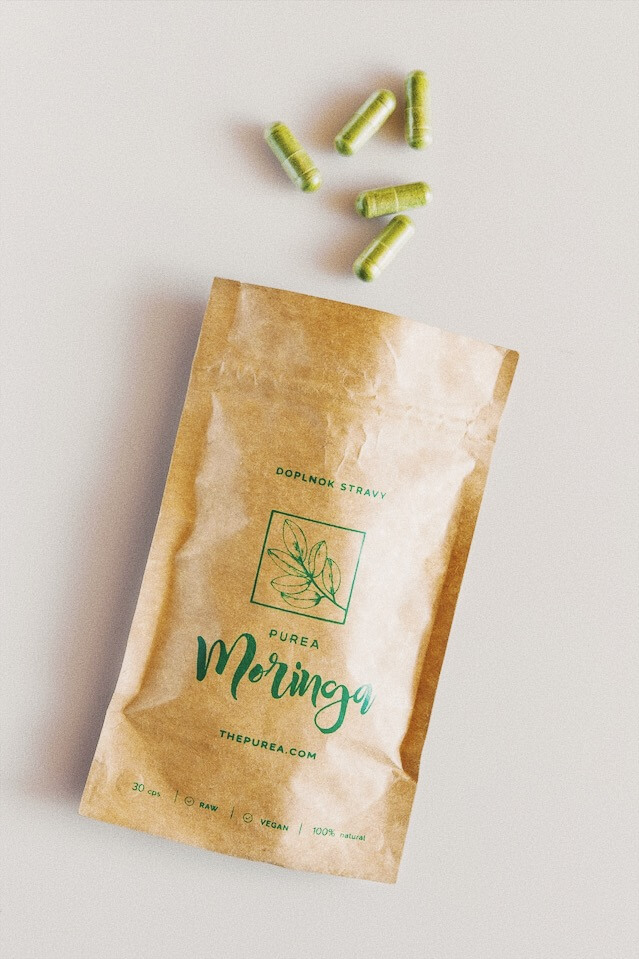 Moringa oleifera is considered to be the most useful and versatile plant in the world. It is often referred to as the miracle tree, the tree of life and the plant with the highest concentration of nutrients on the planet.

Moringa has been used for centuries because of its high nutrient content, which can have an auspicious effect on health with multiple benefits for physical performance. Among other things, it is characterised by its content of substances which generally have antifungal, antiviral, antidepressant and anti-inflammatory properties.

Moringa in a nutshell
This deciduous tree was originally widespread in India, but is now also found in Asia, Africa and South America.
Moringa contains many antioxidants, proteins, vitamins and minerals.
Moringa oleifera is associated with only a limited number of side effects. People taking prescription medications over the long-term should consult a doctor before consuming parts of this plant. 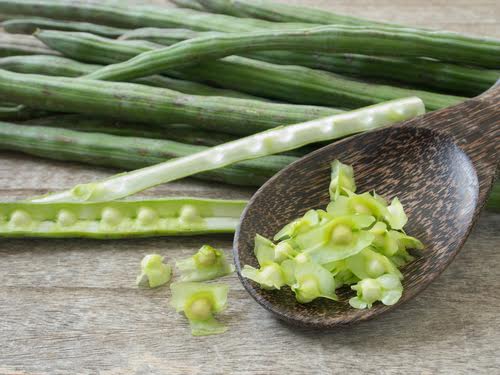 WHAT WILL YOU FIND IN MORINGA?

Moringa oleifera contains a surprising range of vitamins, minerals and antioxidants which affect different parts and processes of the human body:

WHAT ARE THE BENEFITS OF MORINGA?

Moringa has many benefits in general and can help in health and beauty care. The effects of the substances present in this plant include:

1. CAN HELP NOURISH THE SKIN AND HAIR

Moringa seed oil contains natural substances which are effective in protecting hair from free radicals and keeping it clean and healthy. Apart from this, Moringa  contains proteins which are beneficial in protecting skin cells from damage. It also contains moisturising and detoxifying elements which further strengthen both skin and hair.

The nutrients contained in Moringa can be used effectively in care for skin infections and wounds.

2. CAN HELP WITH SWELLING

Swelling is a painful condition when unwanted fluid accumulates in specific tissues of the body. The anti-inflammatory substances present in Moringa can be effective in preventing the formation of such swellings.

3. HAS THE POTENTIAL TO PROTECT THE LIVER

The high content of natural substances in Moringa can be useful in protecting the liver from the side effects of drugs used to suppress various diseases. At the same time, these substances can accelerate the regeneration process of this organ.

Moringa extract contains antioxidants which may have the potential to prevent cancer. In addition to this, the plant contains niazimicin, which may also inhibit the growth of cancer cells.

Moringa extracts contain nutrients which could improve the body’s condition in some digestive disorders. This, for example, concerns constipation, gastritis and ulcerative colitis. The antibiotic and antibacterial properties of these natural substances can prevent the growth of various pathogens, and the high content of vitamin B contained in Moringa aids digestion.

The substances contained in Moringa have antibacterial, antifungal and antimicrobial properties, as a result of which they can help fight infections caused by bacteria of the genera Salmonella, Rhizopus and E. coli.

7. CAN IMPROVE HEALTH AND SUPPLY NUTRIENTS TO BONES

Moringa contains calcium and phosphorus, which can help maintain healthy and strong bones. Apart from anti-inflammatory effects, other nutrients present in Moringa may also have an effect on the suppression of arthritis and may contribute towards the healing of damaged bones.

Some substances present in Moringa can have an effect on improving results in tests of depression, anxiety and fatigue.

9. CAN PROTECT THE CARDIOVASCULAR SYSTEM

The powerful antioxidants contained in Moringa may help protect against damage to the cardiovascular system and may aid healthy heart functioning.

Moringa extracts are characterised by the presence of substances which can accelerate wound closure, while their application to wounds may reduce the occurrence of scarring.

Moringa contains chemical compounds which can help reduce the amount of glucose in the blood, as well as the presence of sugars and proteins in the urine. In tested patients, these properties improved haemoglobin levels and total protein count in the body.

12. CAN HELP WITH ASTHMA

Moringa contains biochemically-active substances which can reduce the severity of asthma attacks and can alleviate the effects of bronchoconstriction.

13. CAN PROTECT AGAINST KIDNEY DISORDERS

Moringa extracts contain macromolecules which can effectively reduce the likelihood of kidney stones as well as bladder and uterine problems. At the same time, the high antioxidant content in Moringa can help to regulate the level of toxic substances in the kidneys.

Moringa contains isothiocyanate and niaziminin. These are compounds effective in slowing and stopping the process of the thickening of blood vessels, which can result in an increase in blood pressure.

Among other things, the antioxidants in Moringa can improve eye health. They have the potential to stop the dilation of blood vessels in the retina of the eye, to prevent the thickening of capillary membranes and to prevent retinal dysfunction.

16. CAN IMPROVE PREVENTION OF CONVENTIONAL AND SICKLE CELL ANAEMIA

Some parts of Moringa contain compounds which can increase the absorption of iron within the human body, which can effectively help to increase the red blood cell count. This property can be extremely useful in anaemia and sickle cell anaemia.

If you are thinking about including Moringa in your diet, we categorically recommend that you consult your doctor.

Some compounds present in the plant may have contraceptive properties in high concentrations, and it is therefore not recommended that they be consumed during pregnancy.

Apart from this, however, there have been very few side effects associated with the “tree of life”.

In any case, however, read the instructions on the specific dietary supplement and follow the dosage guidelines. 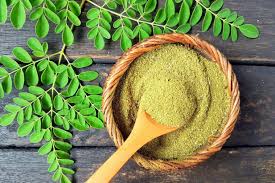 Moringa has very few side effects, but we still recommend that you consult a doctor.

The macromolecules present in Moringa tissues have certain properties which you should consider if you are taking any of the following medicines:
Levothyroxine: This is taken for thyroid problems. The active substances present in Moringa leaf can stimulate thyroid function, but should not be taken in combination with other drugs of this nature.
Any medicines which are processed in the liver: Moringa contains compounds which can affect liver function. In combination with certain medicines, this can lead to various side effects or complications.
Medicines for the treatment of diabetes: These drugs are used to lower blood sugar levels, which may also involve substances present in Moringa. Care must be taken to ensure that blood sugar levels do not fall disproportionately low.
Medicines for the treatment of high blood pressure: Moringa contains substances which may tend to lower blood pressure. Combining these compounds with other medications which lower blood pressure can cause unwanted consequences.

DOES MORINGA HELP WITH WEIGHT LOSS?

Some sources state that you can find biochemical compounds in Moringa which may be effective in weight reduction and control. The high vitamin B content in the plant helps to achieve smooth and efficient digestion. In addition to this, other enzymes can help the body convert food into energy instead of storing it as fat.

Moringa has proven to be an effective nutritional supplement; however, in some cases there may be concerns about the quality of individual products. It is essential that you take the manufacturers’ instructions into consideration, evaluate the safety of consumption in each particular situation, and consider the potential side effects.

MORINGA’S BENEFITS FOR YOUR HEALTH 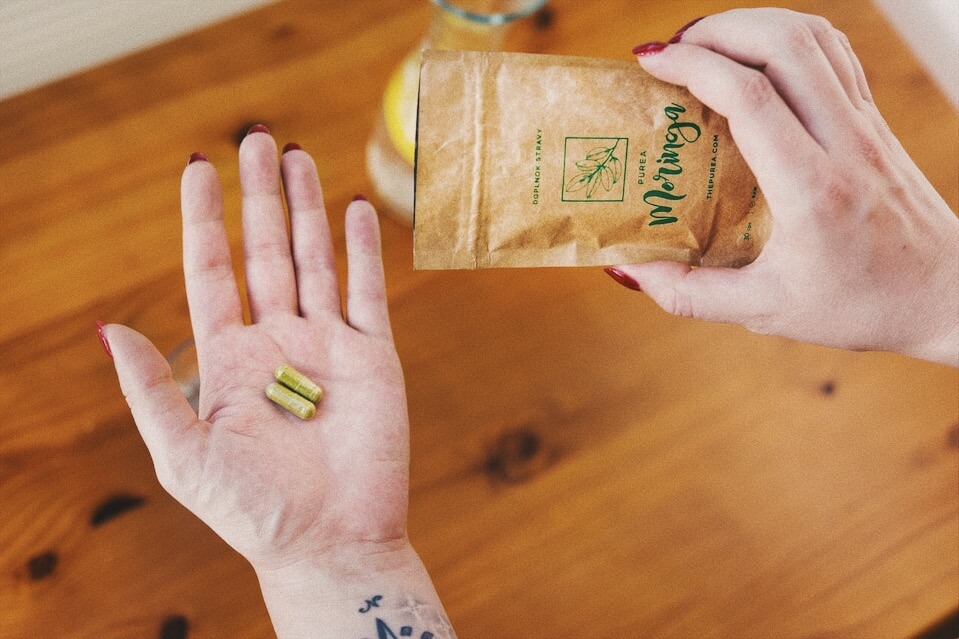 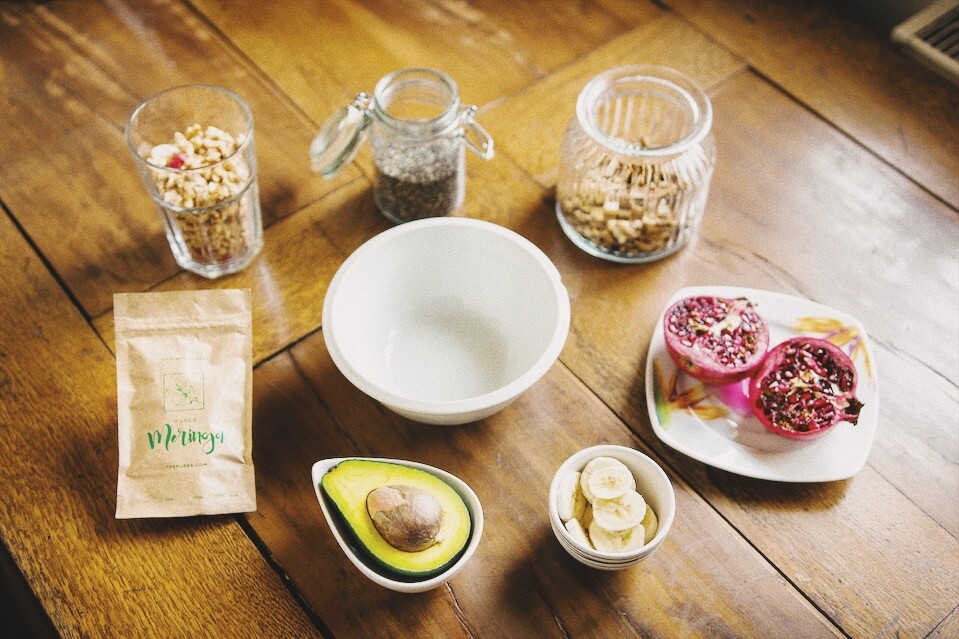 MORINGA AND ITS POSSIBLE POTENTIAL FOR VERSATILE USE 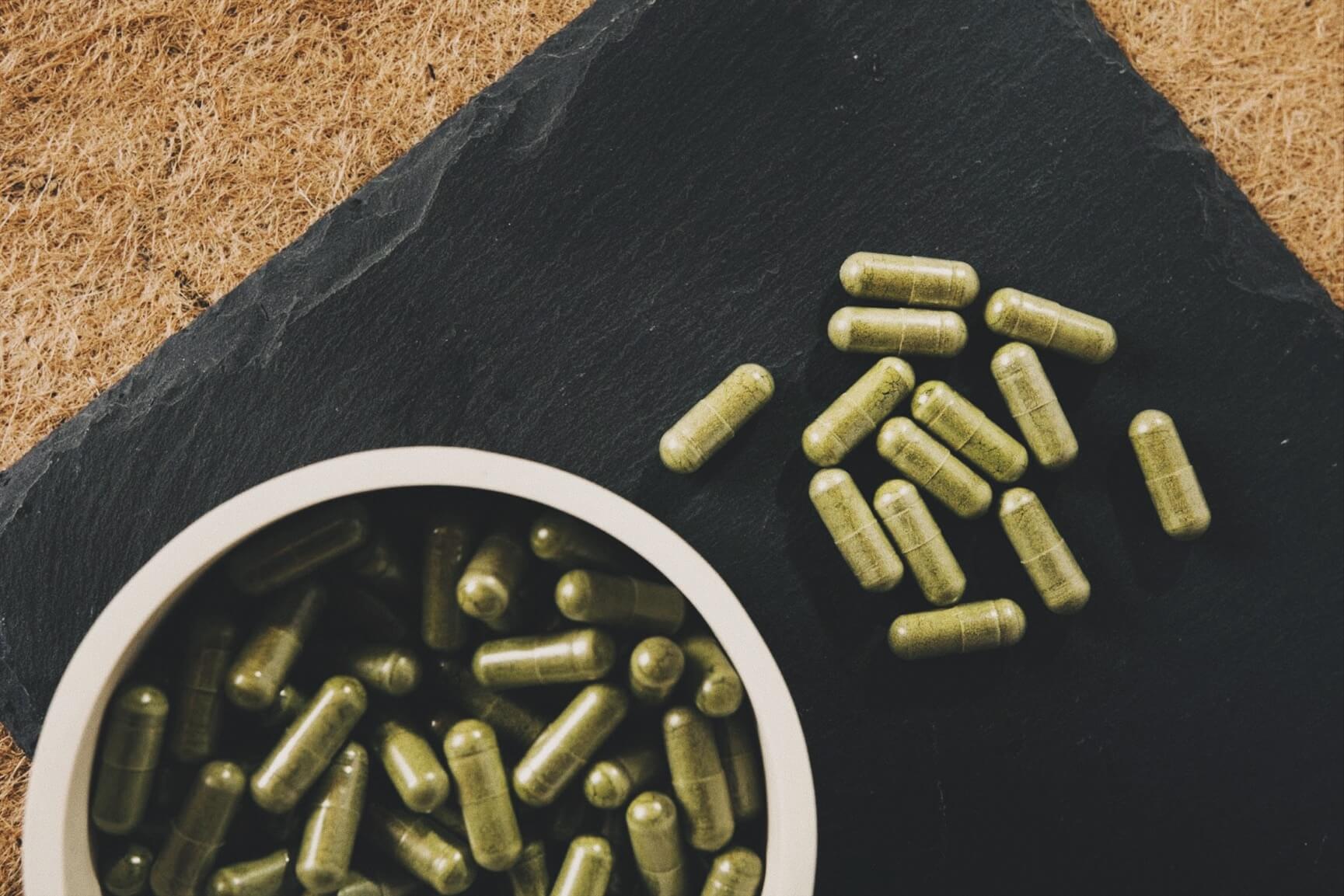 COULD MORINGA REALLY BE THE FOOD OF THE FUTURE? 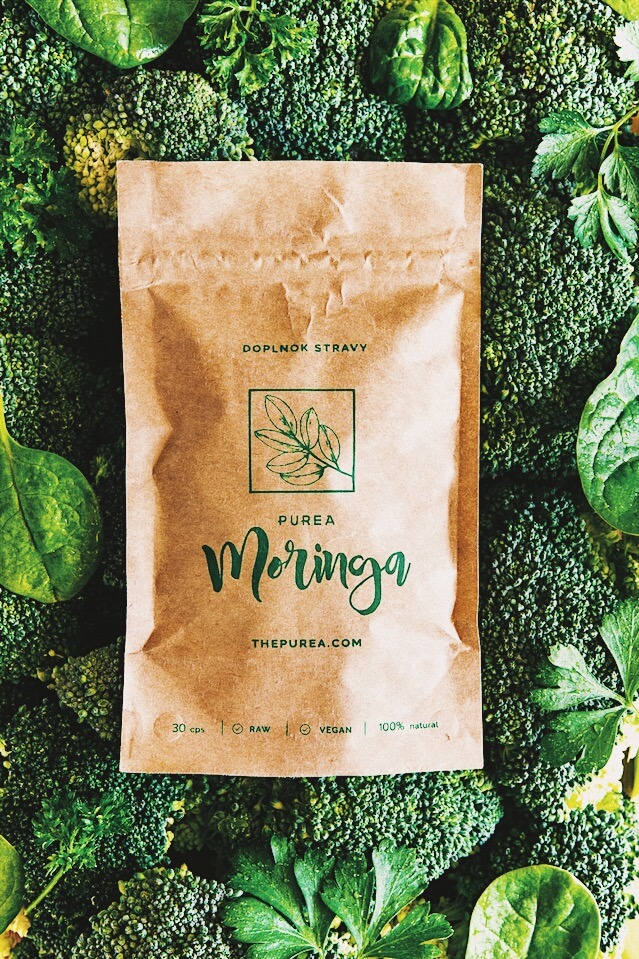 THE 18 GREATEST BENEFITS OF MORINGA POWDER 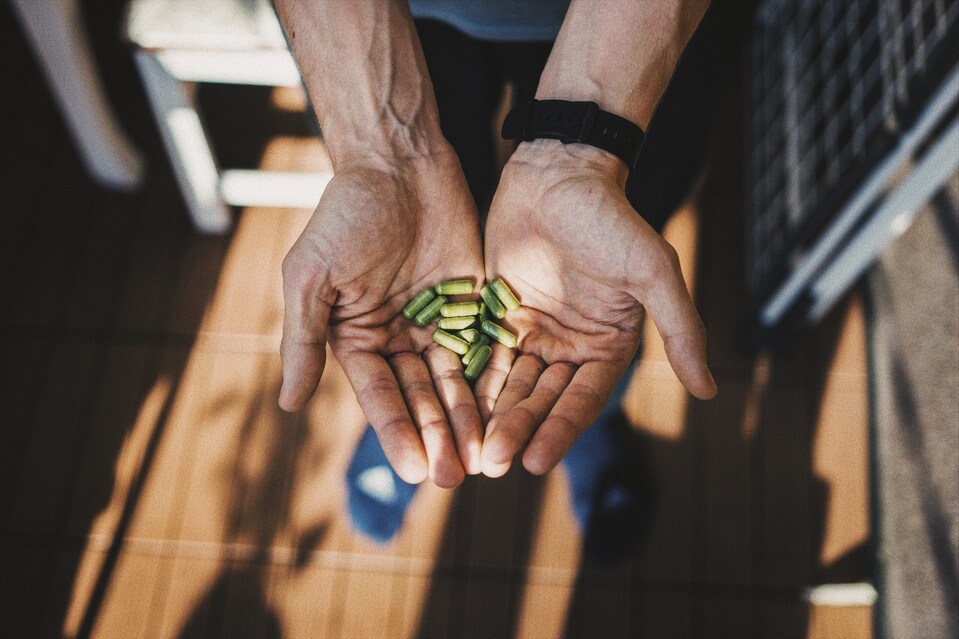 9 great benefits of daily use of Moringa

Don’t miss the latest posts and information about our products

„I HAVE BEEN USING MORINGA FOR 1 YEAR AND MY DAUGHTER HASN’T BEEN ILL DURING THAT YEAR EITHER. I WOULD RECOMMEND IT“

“GREETINGS! I AM EVEN TAKING MORINGA IN TROGIR!”

“IT REALLY HELPS THE IMMUNITY, AT LEAST FOR ME. SINCE I STARTED USING IT, I HAVEN’T BEEN ILL FOR ABOUT 3 YEARS.”

“I HAVE HAD AN IRON DEFICIENCY SINCE I WAS A CHILD, SO I OFTEN FELT TIRED. AFTER THE FIRST FEW DAYS TAKING MORINGA, I COULD ALREADY SEE A GREAT IMPROVEMENT. MORINGA GAVE ME THE ENERGY I NEEDED AND, ALL OF A SUDDEN, I CAN STILL MANAGE THINGS IN THE EVENING. EVEN MY EYESIGHT HAS IMPROVED… I DEFINITELY RECOMMEND IT TO EVERYONE, IT’S A MIRACLE”